Bigger than you think!

‘People will come from east and west and north and south.  They will take their places at the feast in God’s kingdom.’

In 2020, Christianity had approximately 2.5 billion followers (worldwide population of about 7.8 billion).  This represents nearly one-third of the world’s population and the largest groups of Christians being:

Today, groups of Christian believers can be found meeting for worship across the world in many different types of churches, from ornate cathedrals to tin tabernacles and in a wide variety of locations from megacities such as Seoul in South Korea to villages on the slopes of Mount Kilimanjaro in Tanzania and among all manner of ethnic groups and cultures, from nomadic tribesmen of Mongolia to Sudanese refuges in Egypt.

There are many denominations of Christians.  Some of them are closely linked and some are very different.  Here are some of them: Catholics, Protestants, Baptists, Methodists, Orthodox Christians, Quakers, Unitarians, Plymouth Brethren and Adventists. 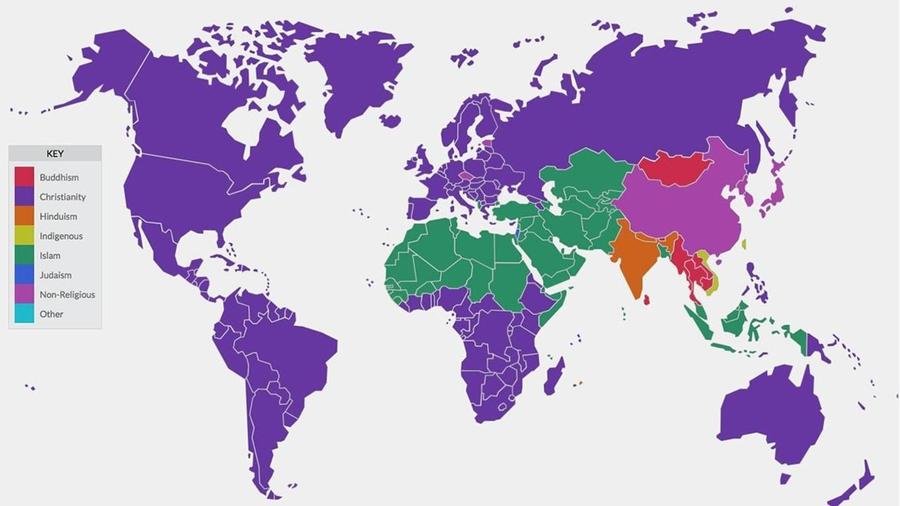 On the world map, the purple shading shows the countries with Christianity as a religion.

Unfortunately not the ones with chocolate chips.

Some cookies are necessary in order to make this website function correctly. These are set by default and whilst you can block or delete them by changing your browser settings, some functionality such as being able to log in to the website will not work if you do this. The necessary cookies set on this website are as follows:

Cookies that are not necessary to make the website work, but which enable additional functionality, can also be set. By default these cookies are disabled, but you can choose to enable them below: